Once again Boutinot were delighted to assist the Academy of Food & Wine Service with the UK Regional Finals of the UK Sommelier of the Year competition.

Held at four venues nationwide : The Westbury Hotel (London), Hotel du Vin Bristol, Hotel du Vin Tunbridge Wells and Malmaison Hotel Manchester, the regional finals of the competition attracted over fifty of the UK’s best Sommeliers to compete against one another for places in the grand final to be held on Wednesday 23rd May at the London International Wine Trade Fair.

For the fifth consecutive year, Boutinot provided the wines for the Blind Tasting element of the competition. This year the competitors had to identify: La Lotte Chablis 2011, Keith Tulloch Semillon 2011, Emiliana ‘Adobe’ Carmenere 2010 and Les Pivoines Beaujolais Villages 2011. Boutinot’s very own Master Sommelier Nigel Wilkinson, commented – “the standard of the Sommeliers competing this year was of an extremely high calibre, with some of the contestants correctly identifying all of the blind tasting wines, I was very impressed”. 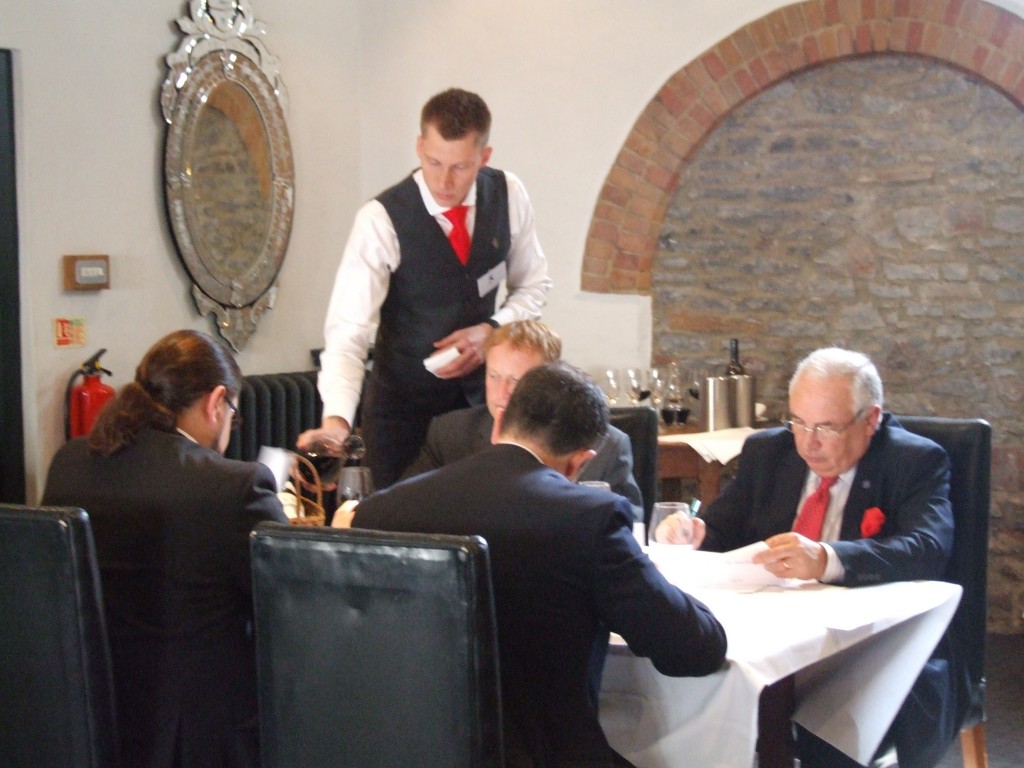