Surrounded by the other competitors, 2012 Best Young Sommelier of the Year gold medal winner Christopher Bates proudly lifts his trophy. At the far left is Klaus Tritschler, Chairman of the competition, Bailli Délégué of Germany, and a member of the International Chaîne’s Conseil d'Administration. At the far right is Marie Jones, International Vice President, who presided over the awards ceremonies. 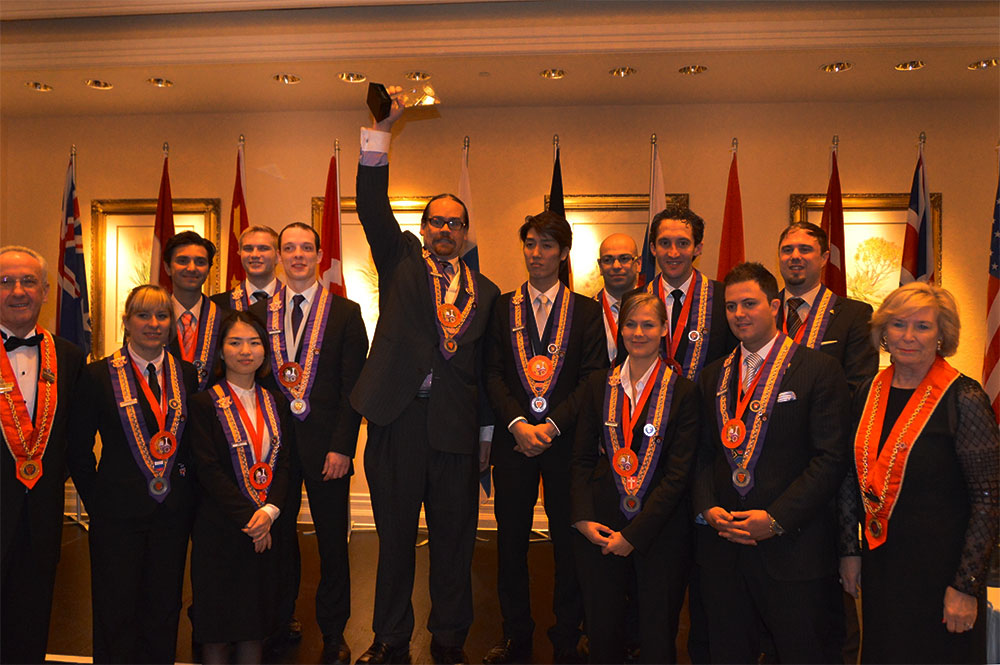